Would you like to switch to the accessible version of this site?

Don't need the accessible version of this site?

How do you see when you have advanced Diabetic Retinopathy?

Diabetes is the leading cause of new cases of blindness in adults. This is a growing problem as the number of people living with diabetes increases, so does the number of people with impaired vision. Diabetes can cause a disease of the eye called diabetic retinopathy (DR). In its early stages, you may not notice any symptoms or changes to your eyesight, and you cannot tell that this condition is damaging your eyes. If it is not detected and treated in a timely manner, your vision can be damaged permanently.

A recent study, conducted at CDC, found that the prevalence of diabetic retinopathy was high, affecting almost one-third of adults over age 40 years with diabetes, and more than one-third of African-Americans and Mexican- Americans.

Prevention is important. Vision problems and blindness caused by Diabetic Retinopathy may be prevented through:

1. Good control of blood sugar and blood pressure levels, and

2. Early detection and treatment of eye diseases The study used a cross-sectional, nationally representative sample of 1006 adults aged 40 years and older who had been diagnosed with diabetes. Subgroups included non-Hispanic whites, non-Hispanic blacks, and Mexican- Americans. It was conducted as part of the National Health and Nutrition Examination Survey from 2005 to 2008. The full report can be found in The Journal of the American Medical Association. National Center for Chronic Disease Prevention and Health Promotion Division of Diabetes Translation 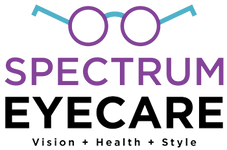